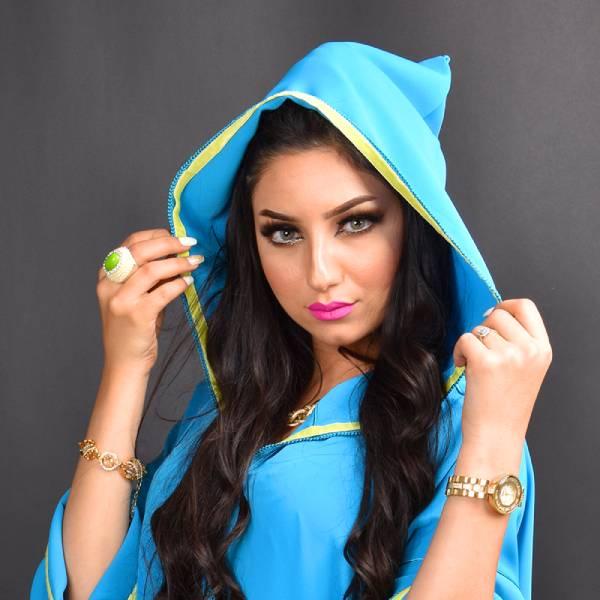 The Moroccan djellaba was a very basic piece of clothing back in the day. First of all, it was a garment made for men only because it helped them stay warm during their long expeditions. Old djellabas were made of thick sheep wool or cotton. Most of them also had a hood on the back to protect men from being noticed by enemies in other lands. A few centuries later, women were able to wear the djellaba as a casual garment for multiple purposes. The Djellaba became a unisex piece of clothing.

Now the Moroccan djellaba is an international dress that was worn by many celebrities. With the development of fashion trends, the idea of the Djellaba changed. New cuts were introduced ! Modern Moroccan djellabas are mostly cut in a way it can be worn as “free size”. Baggy and loose cuts at both the bottom and top make the Moroccan Djellaba wearable for both men and women. The garment has also moved on from being made with neutral earth colors to colorful funky patterns

Difference between djellaba and Kaftan

The Moroccan djellaba and Moroccan kaftan both play a big role in Morocco’s traditions, though they both are very different in terms of their cut. The kaftan is used during very important events (for example weddings, galas, fancy dinners…).

While on the other hand, djellabas are used for mostly everyday activities (for example getting groceries, going to a cafe, etc…). The Moroccan djellaba has a hood while the kaftan doesn’t. The kaftan is also longer in length than the djellaba. The djellaba was first a piece of clothing worn by men, then women were able to wear it because it is very easy to wear.

What is a moroccan djellaba

The Moroccan djellaba is one of the most famous garments in the world. It is basically a gown that is wearable for any type of activity. You could wear it during Ramadan, a funeral, at the mosque, or even during Eid. Many fashion designers have used the concept of the djellaba to make high quality luxurious djellabas that are sold worldwide.

Djellabas can be simple, adorned with beads, have beautiful designs, or have a hood. With time, people were able to accept that djellabas could be eternal by creating designs up to date.

MMoroccan fashion designers were able to modernize the Moroccan djellaba by using their creativity to create beautiful designs. Their main inspiration is the Moroccan wildlife. Places such as Marrakech, Dakhla, or the Sahara Desert are great because of their color palette ! Orange, beige, green, and brown are some examples of colors that could be used from these sceneries.

Getting inspired from our heritage is a great way to represent Moroccan culture from a modern perspective.

Embroidery on modern Moroccan djellabas has come a great way too. The usage of embroideries resembling nature ( ex: birds, flowers, etc…) had a great impact on the evolution of the basic djellaba.

Many big fashion companies got inspired by the new wave of Moroccan embroidery. Continuing to get inspired by our country will help the Moroccan Djellaba have its place in the world of modern fashion.

With time, the djellaba was able to transform into a trendy piece of clothing. In 2021, we saw that jellabas got new cuts. Most modern djellabas are oversize. New materials such as leather, feathers, lace, and more were introduced.

Djellabas are revolutionized and aren’t “beldi” (traditional) anymore. This year, many fashion designers paved the way to make beautiful djellabas in many different colors. For example in 2021, earth colors became trendy and we could see a big influence on today’s djellabas. 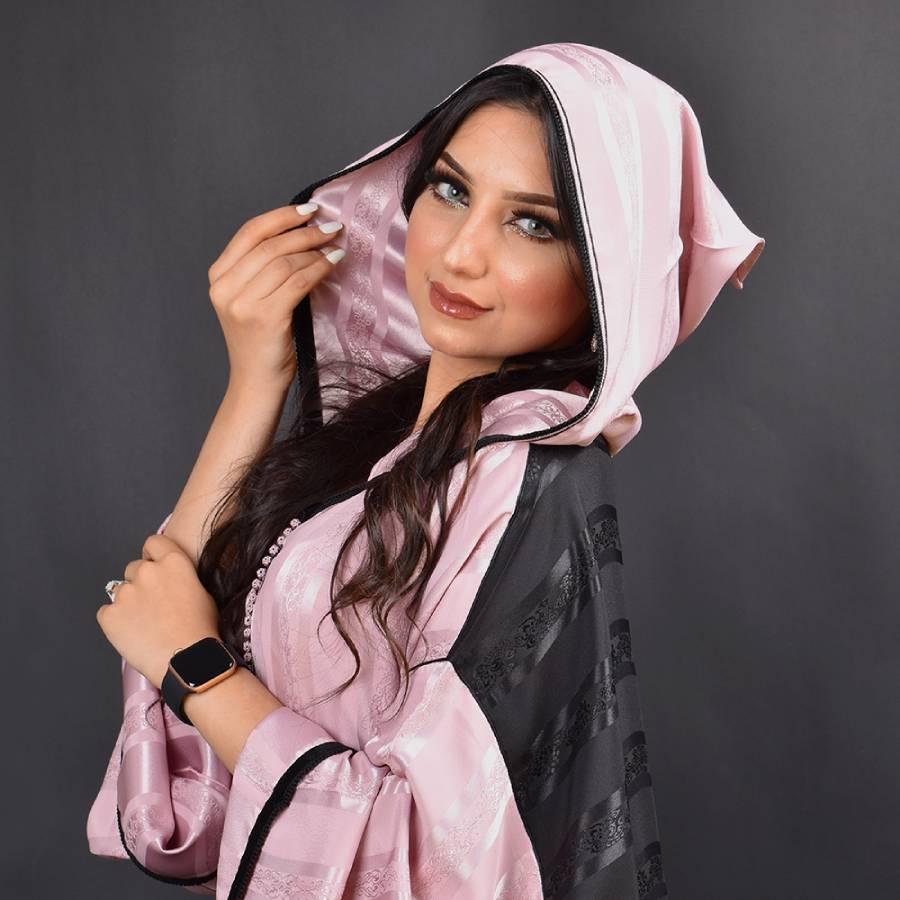 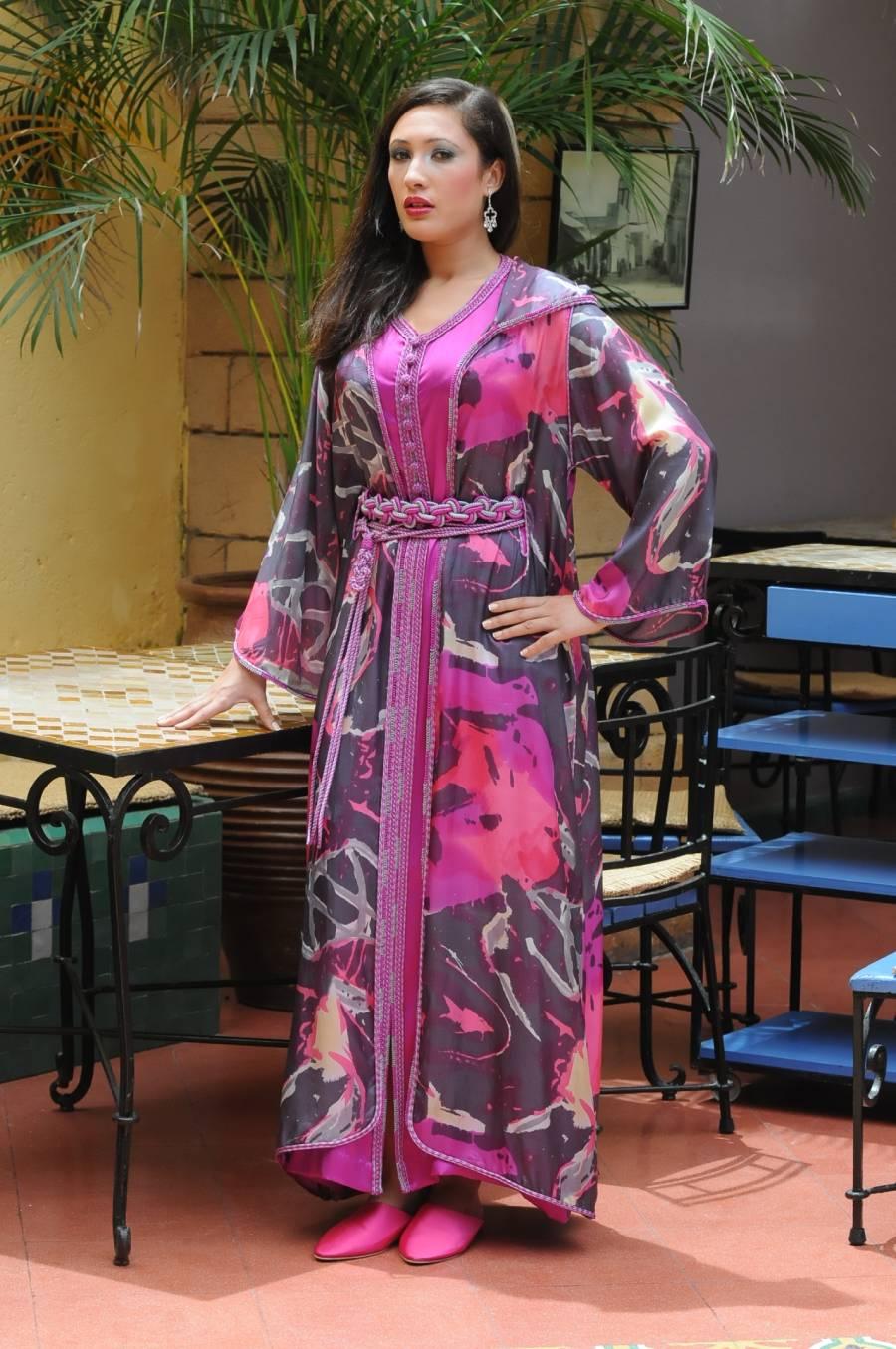 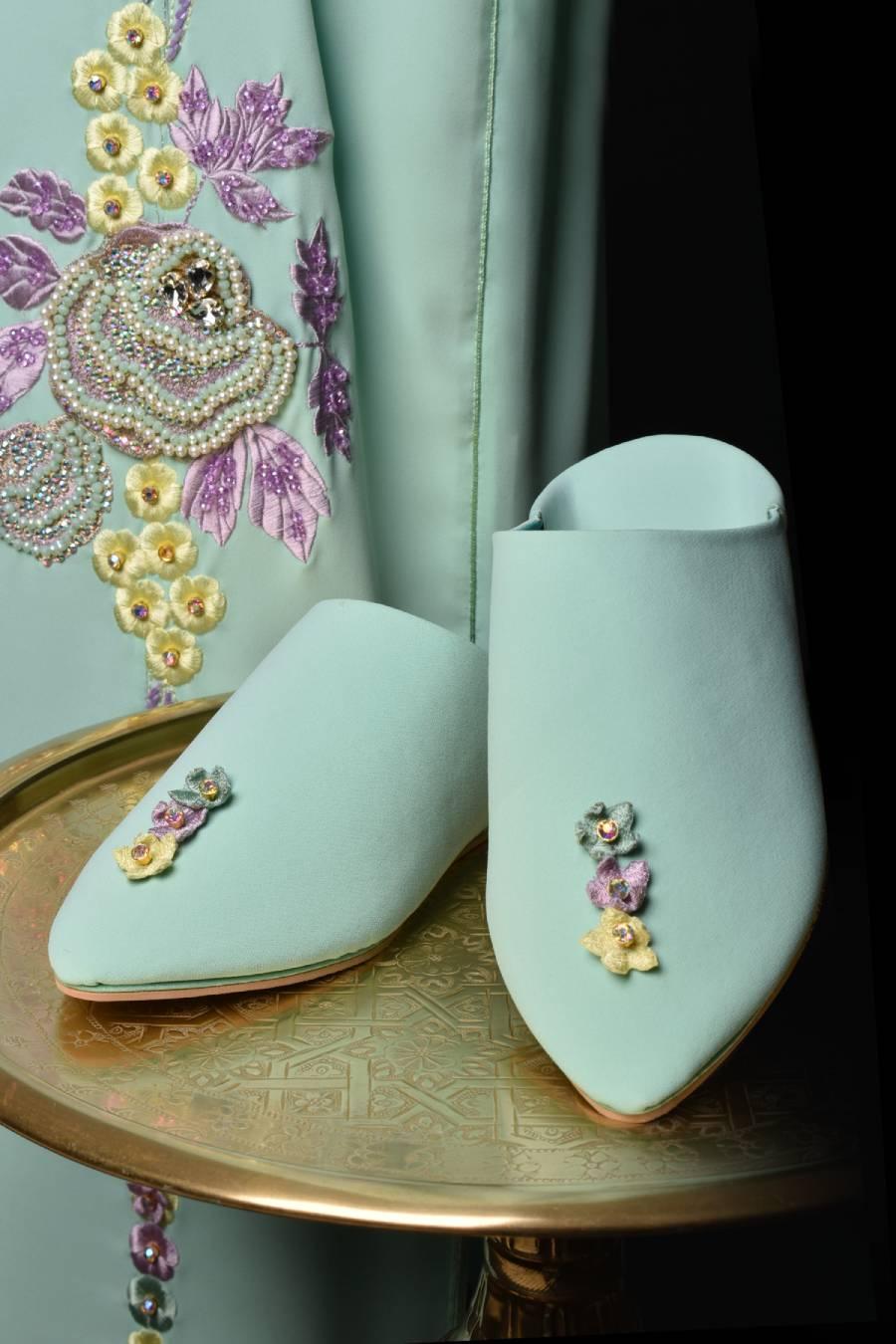 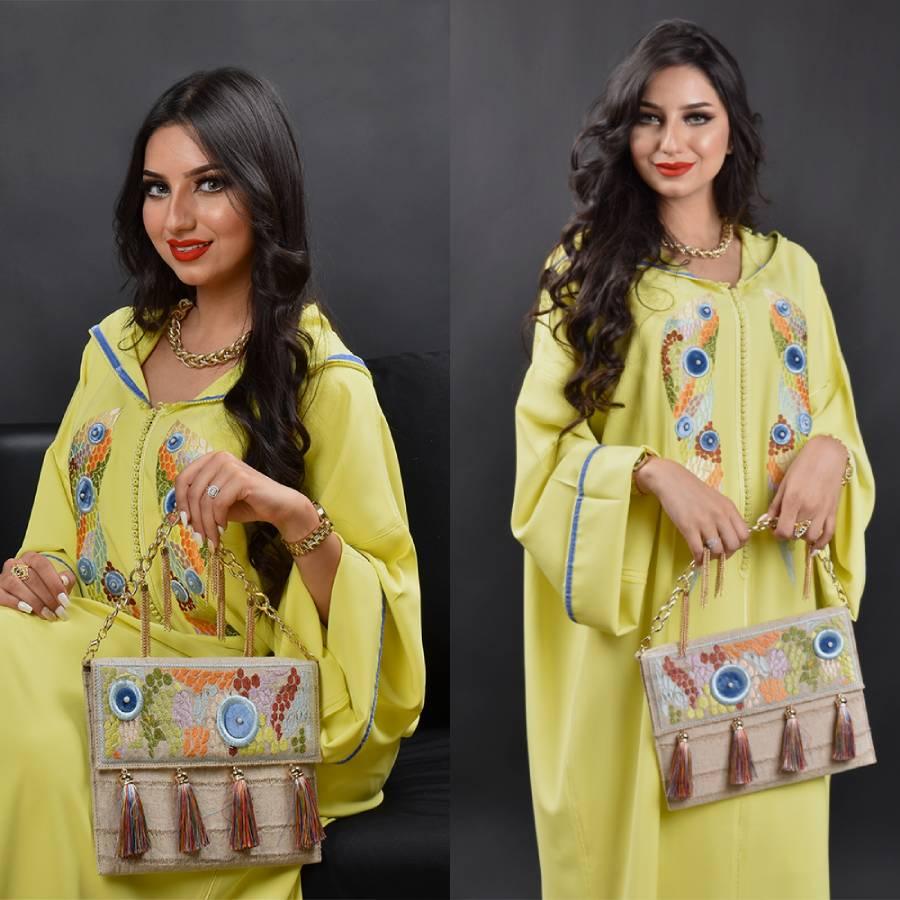 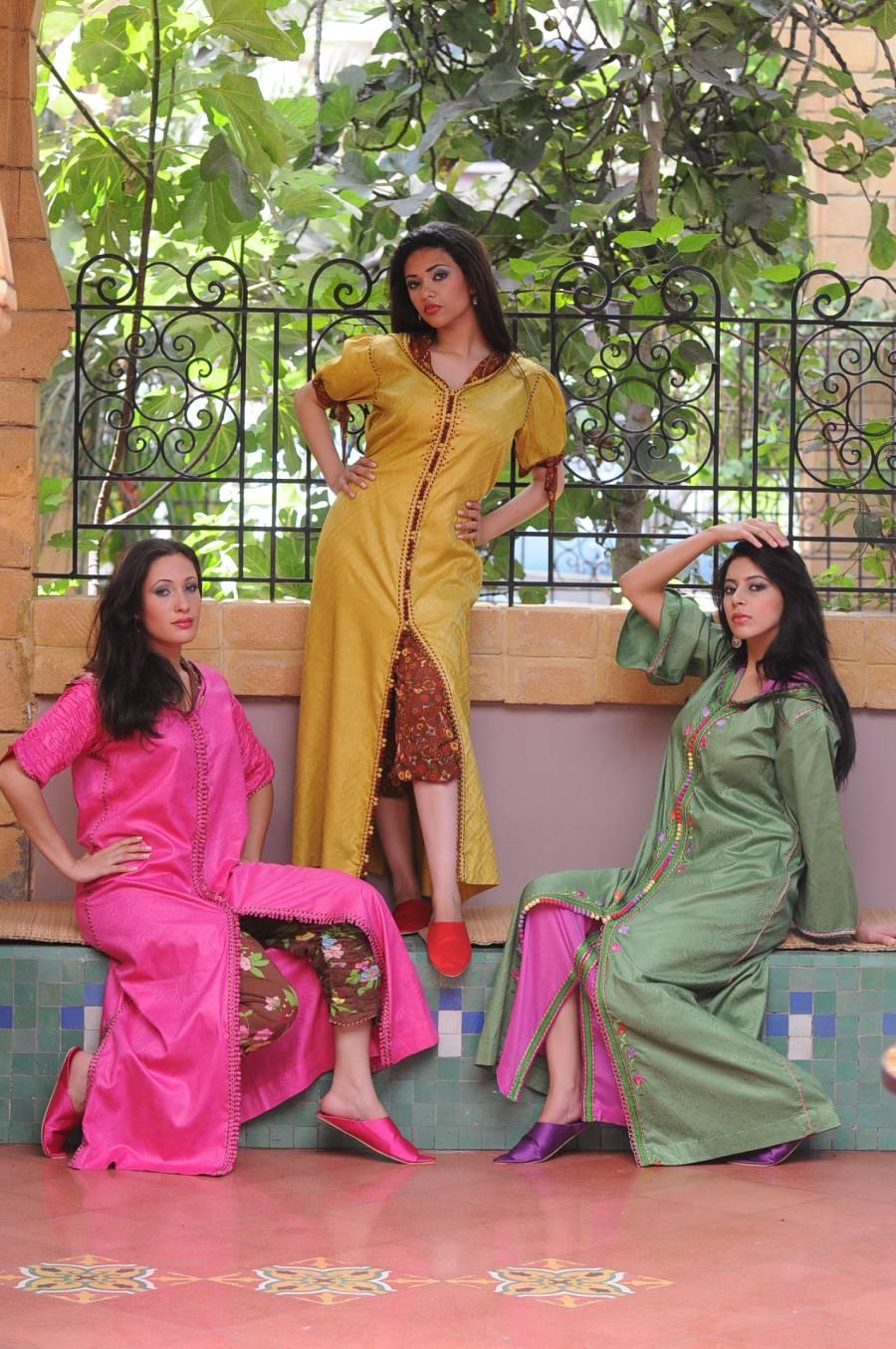 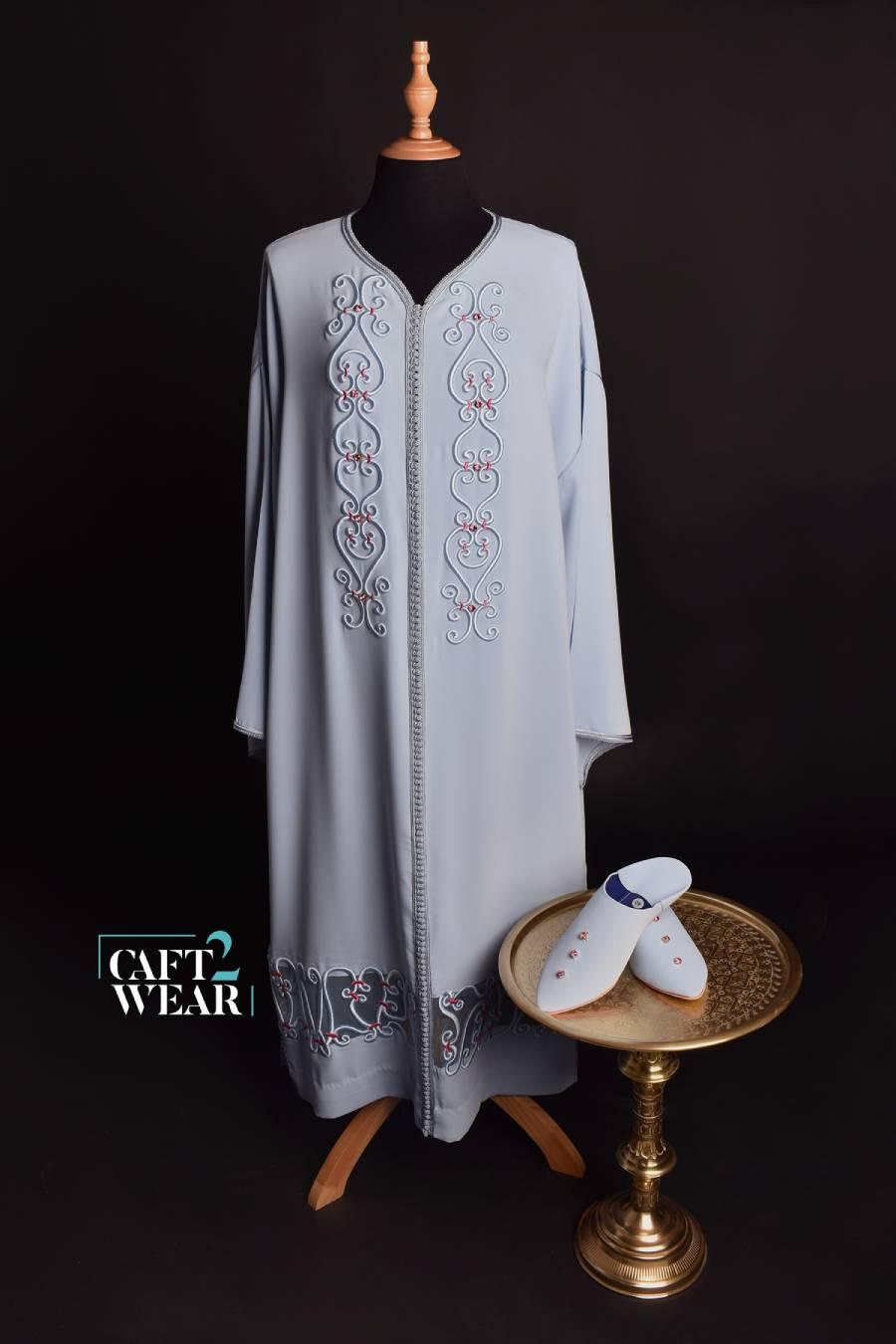 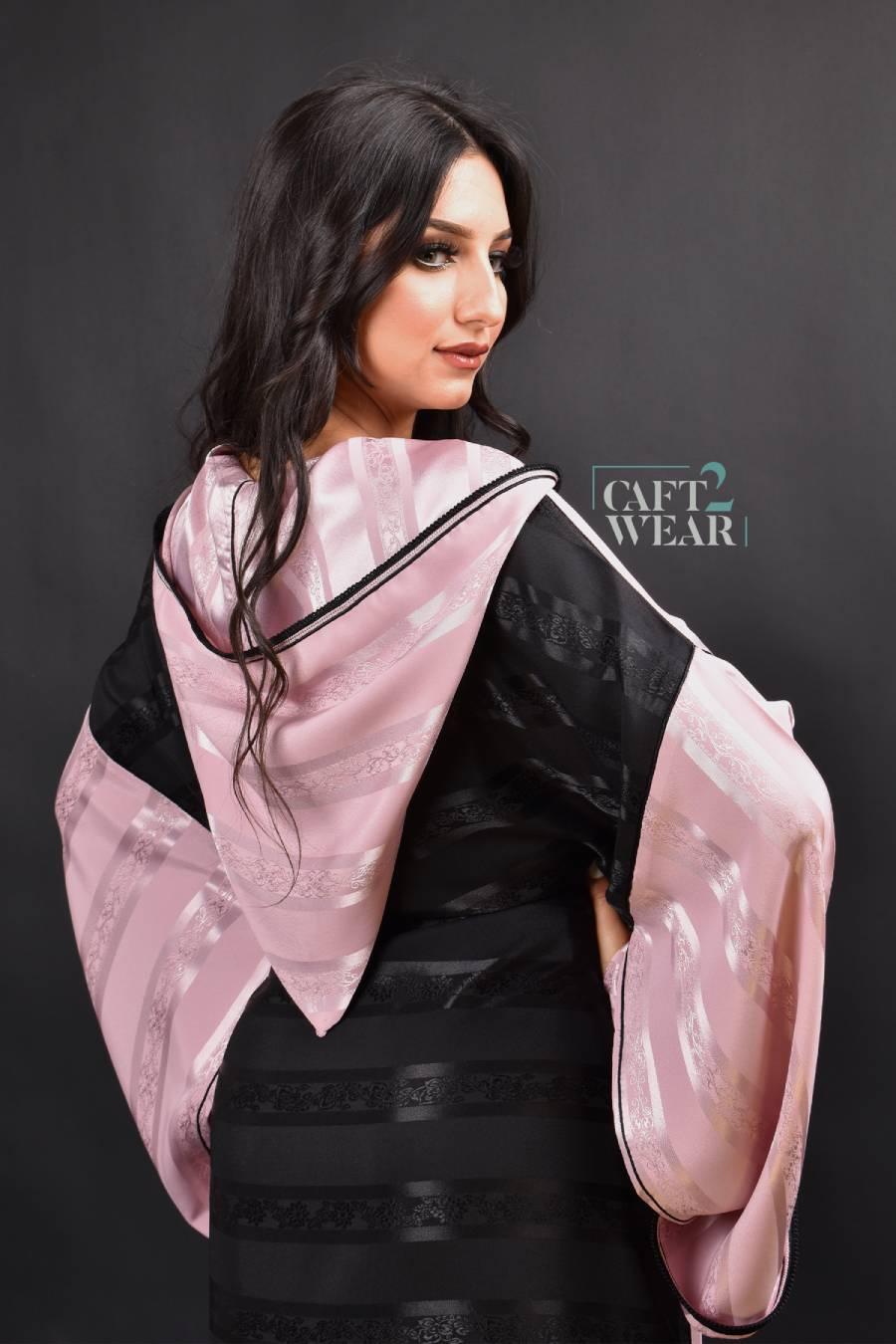 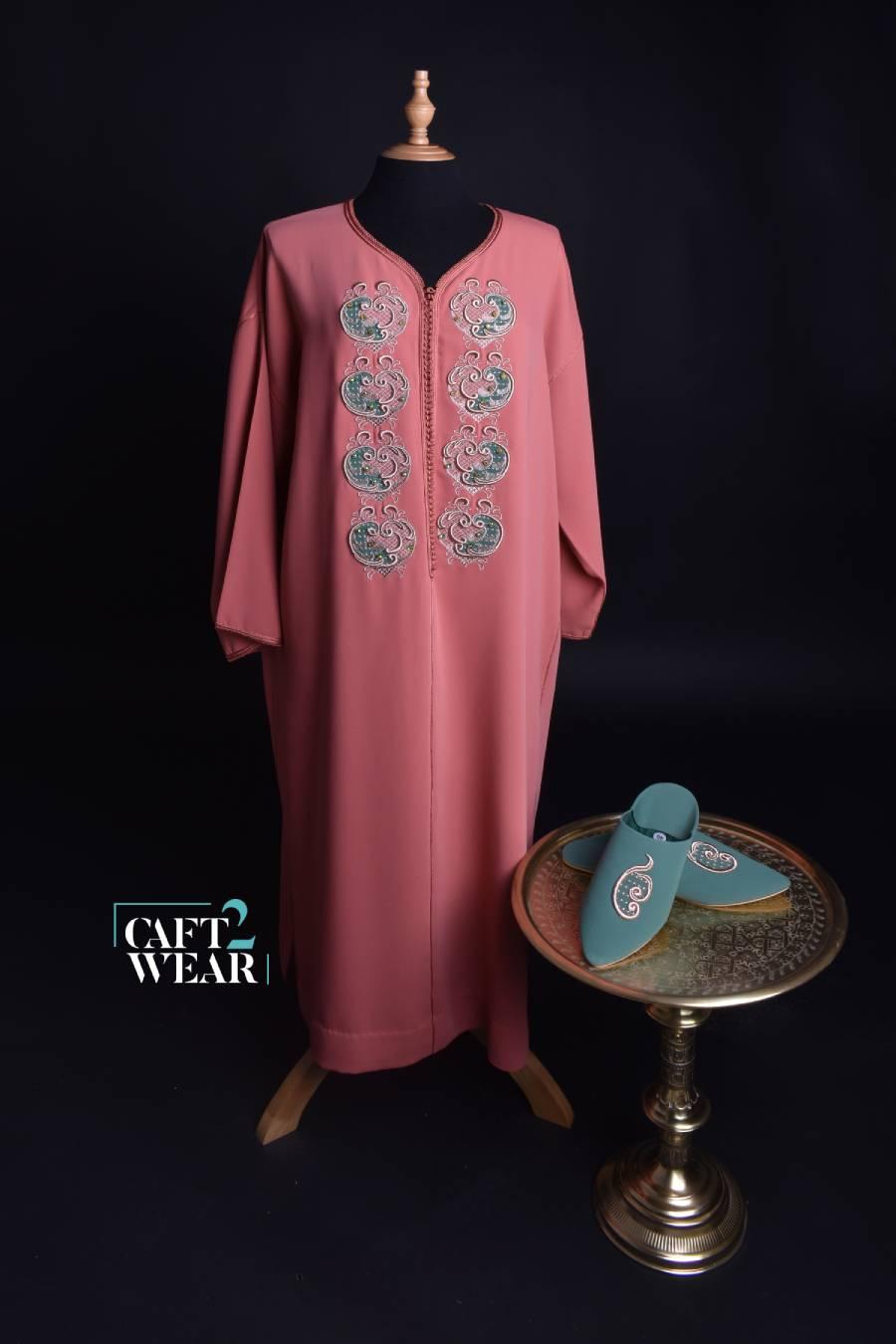 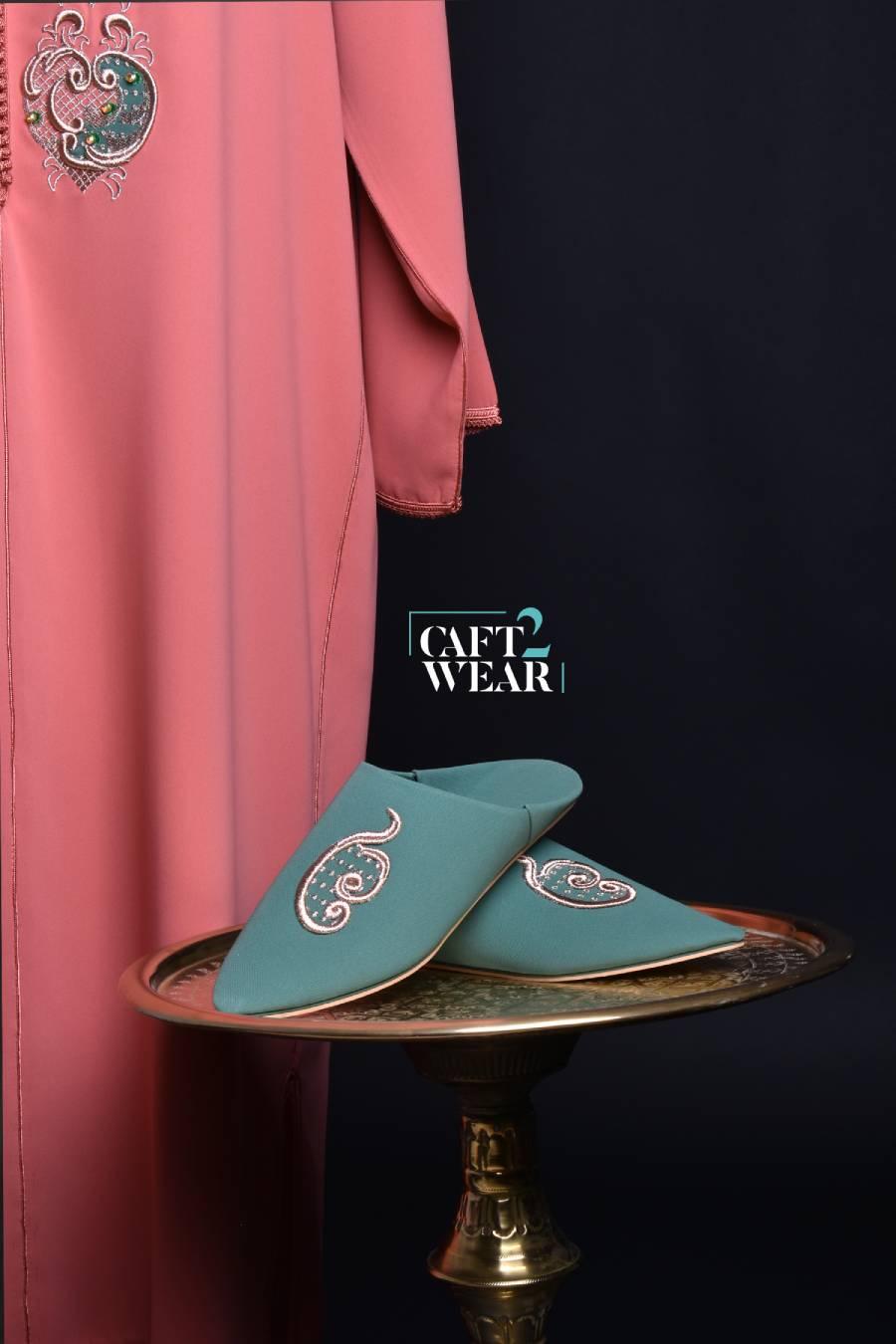 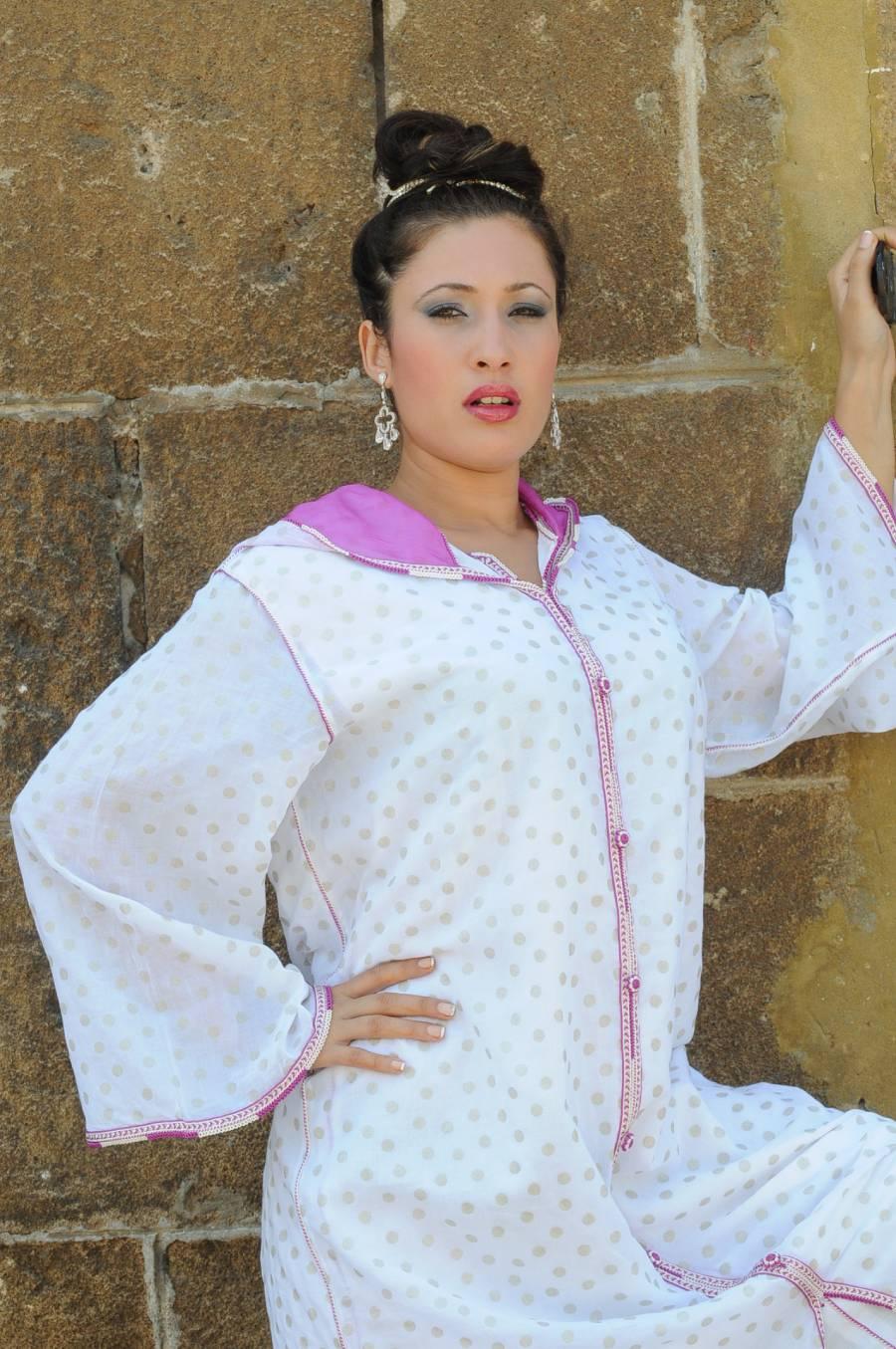 How did the Moroccan djellaba modernize itself ?: 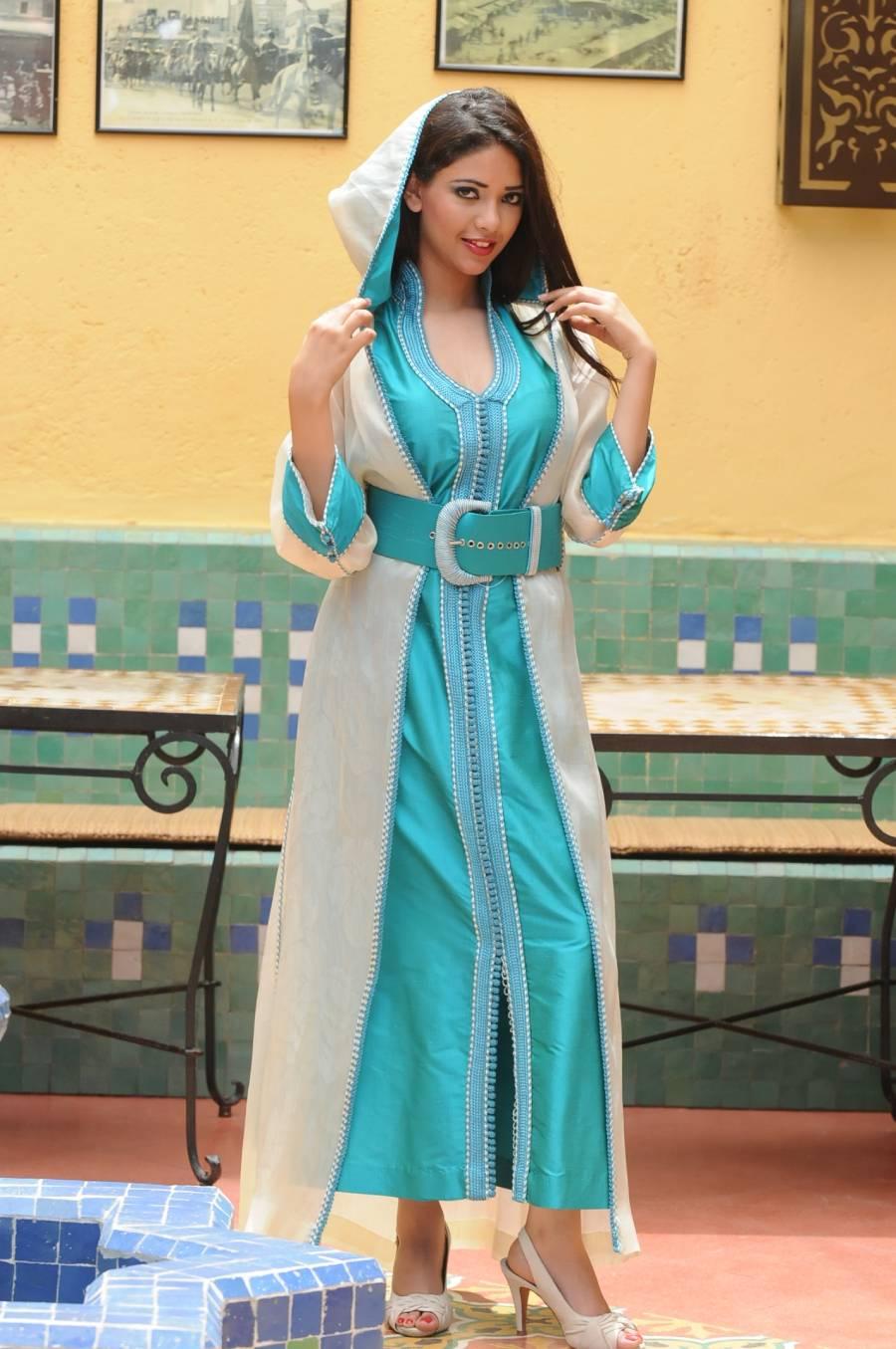 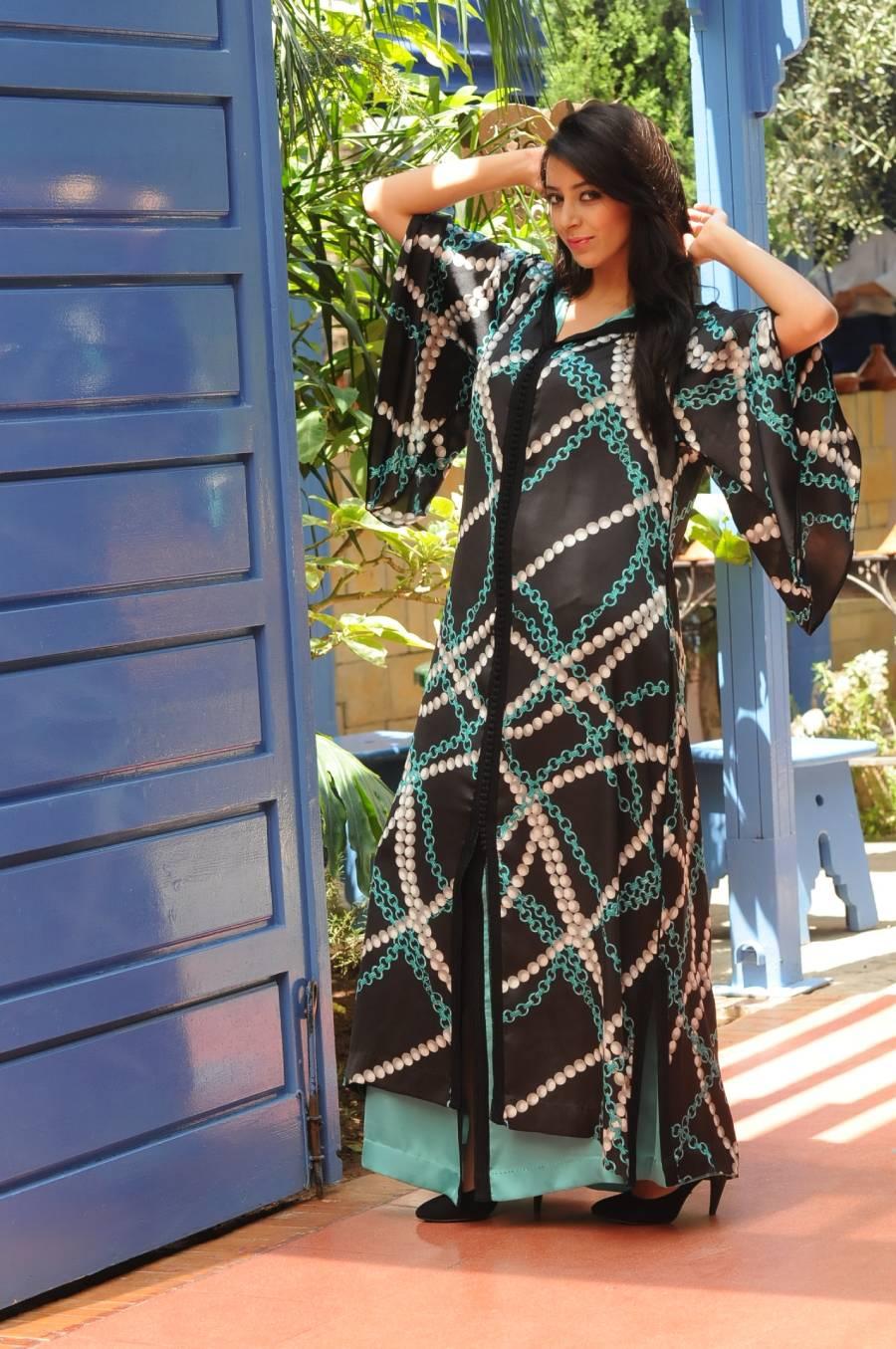 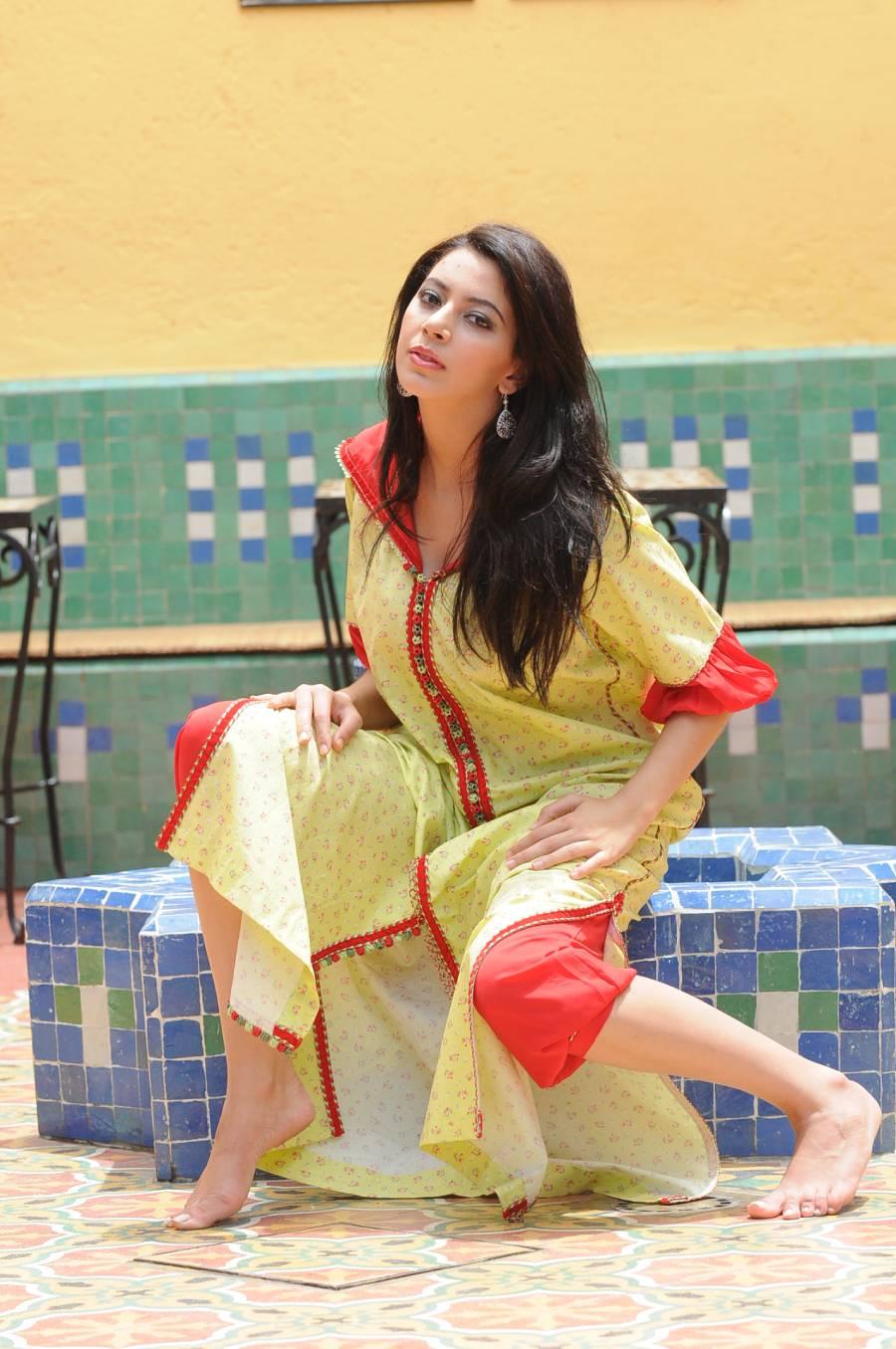 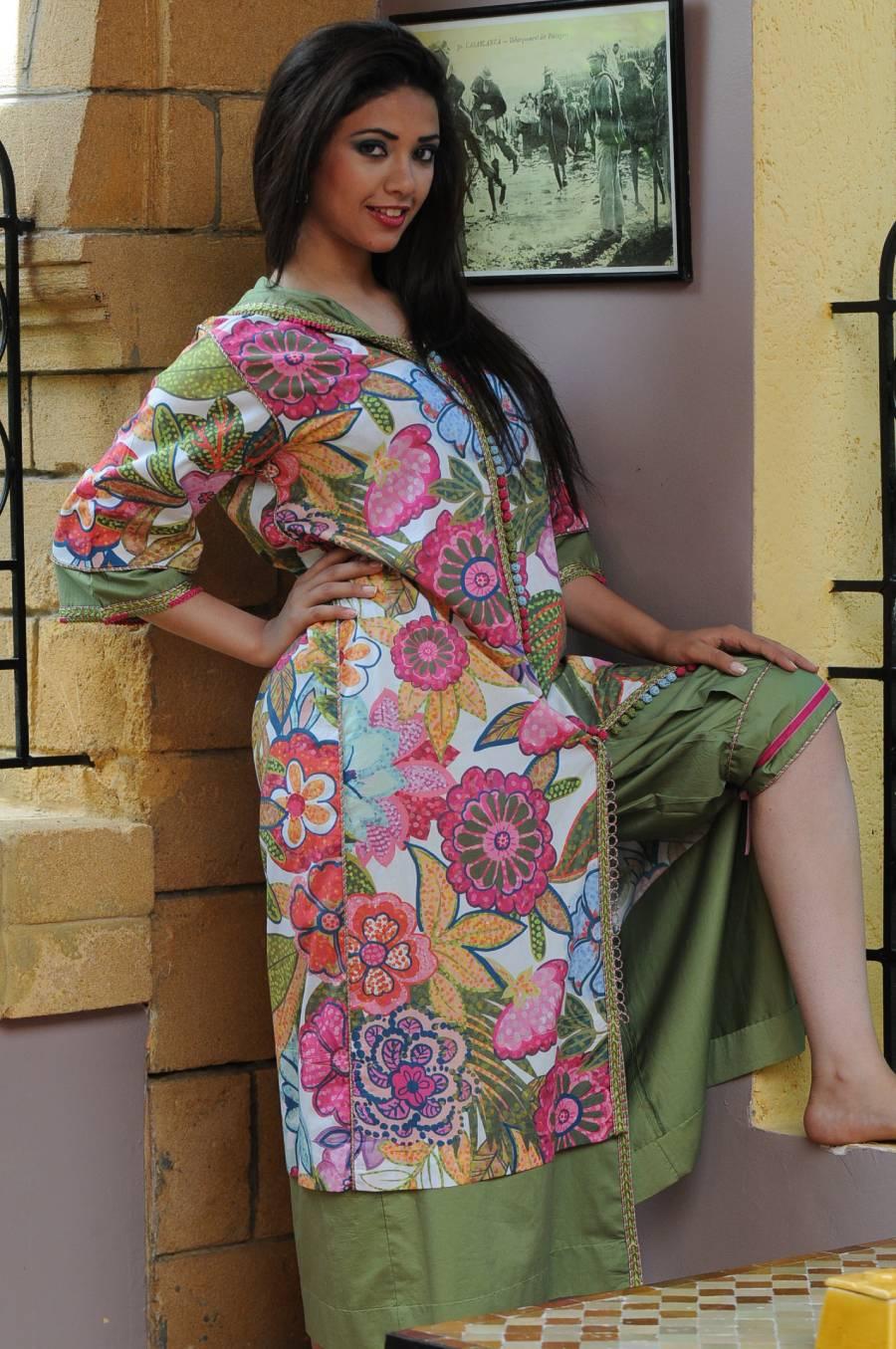 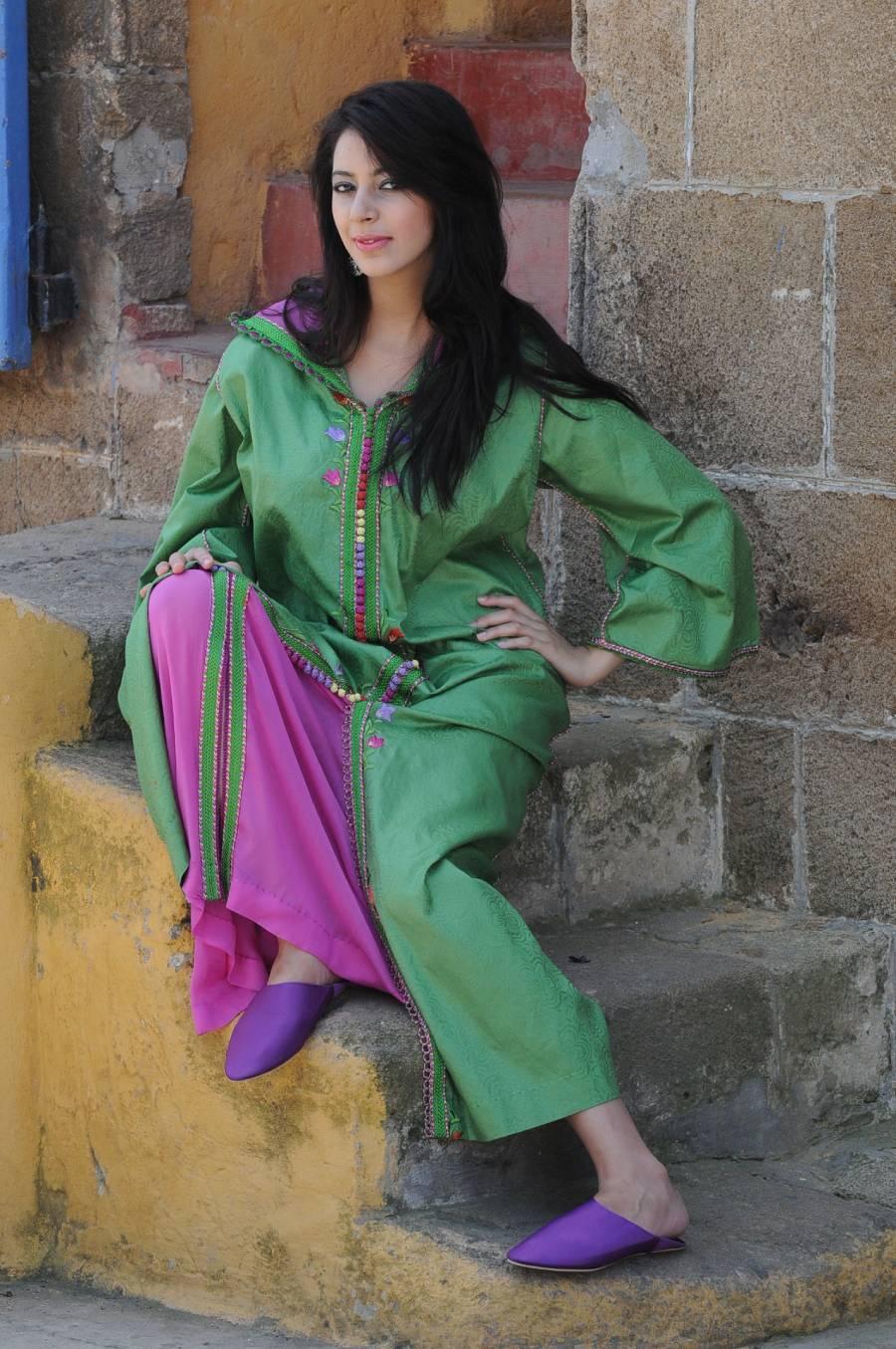 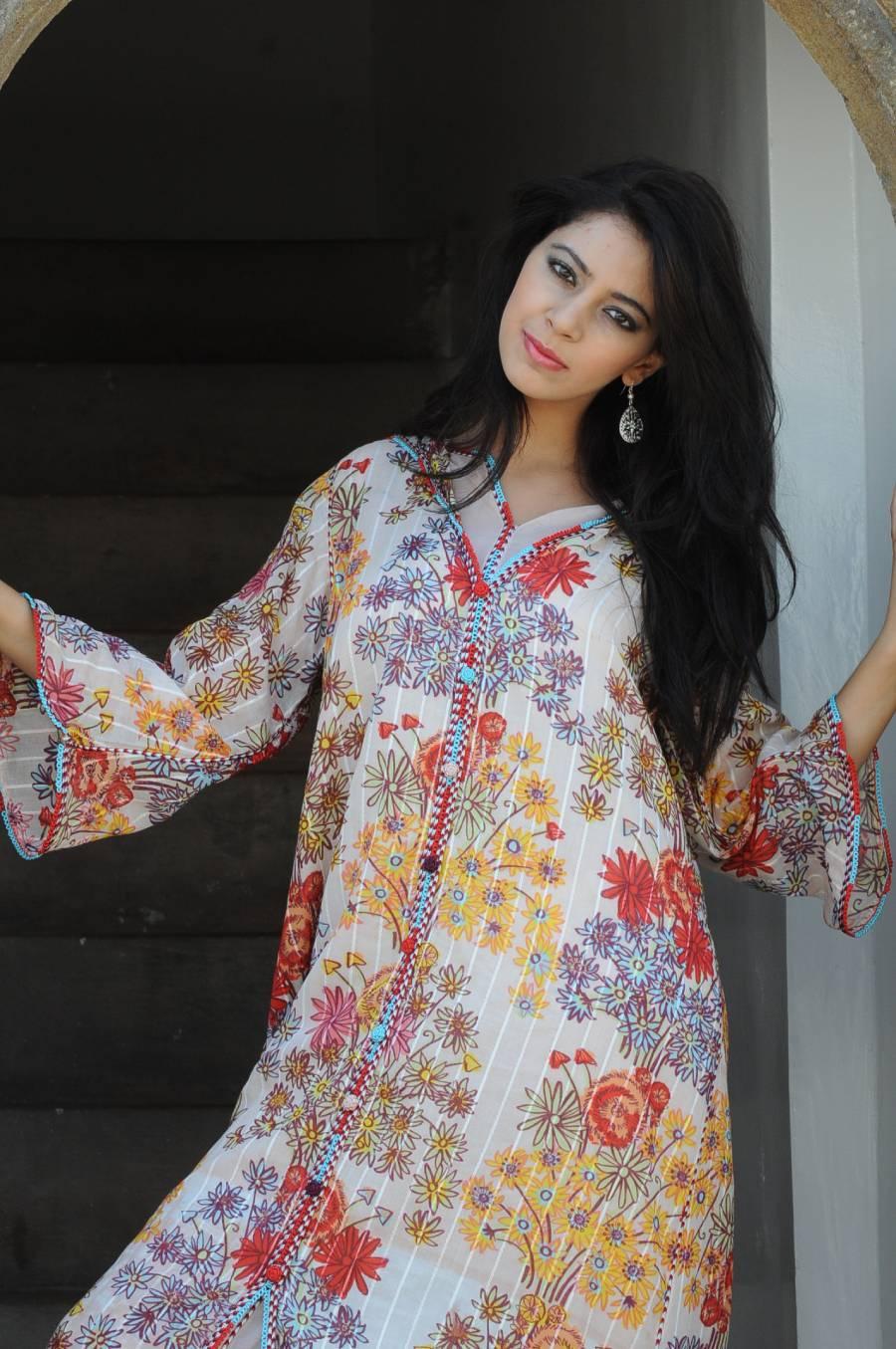 The djellaba is constantly being changed in the fashion world. We can expect in 2022 the change of the sizes of the djellabas. We predict that the piece of clothing will be oversize for not only women but also for men. Unisex djellabas are slowly making their way.

Obviously for 2022, fashion designers are going to follow the color palette that is current to the year. Because the fashion industry is constantly changing we can’t know for sure what will be trending in 2022.

The creativity of the moroccan djellaba

how to make a moroccan djellaba

If you are skilled enough you could sew your own djellaba ! For people that can’t, then you could easily find a stylist that can take your measurements and make it for you.

The second step to make your own djellaba is to get supplies (fabric, sewing machine, scissors, pins, measuring tape, and a sewing pattern)

You first have to measure yourself in a way that it fits the sewing pattern, then you do that you should cut the fabric and pin the pieces of fabric together, then you have to sew the parts to make one whole djellaba. Finally, you can add ornaments on your piece of clothing

Caft2Wear is an online E-commerce that sells high quality handmade Moroccan clothes like jalabiyas, kaftans, dresses, and other more .If you are trying to buy something that is not traditional then Caft2wear also showcases a variety of non-traditional clothes with a small Moroccan touch. We ship internationally and we have great customer service that is always there to help !